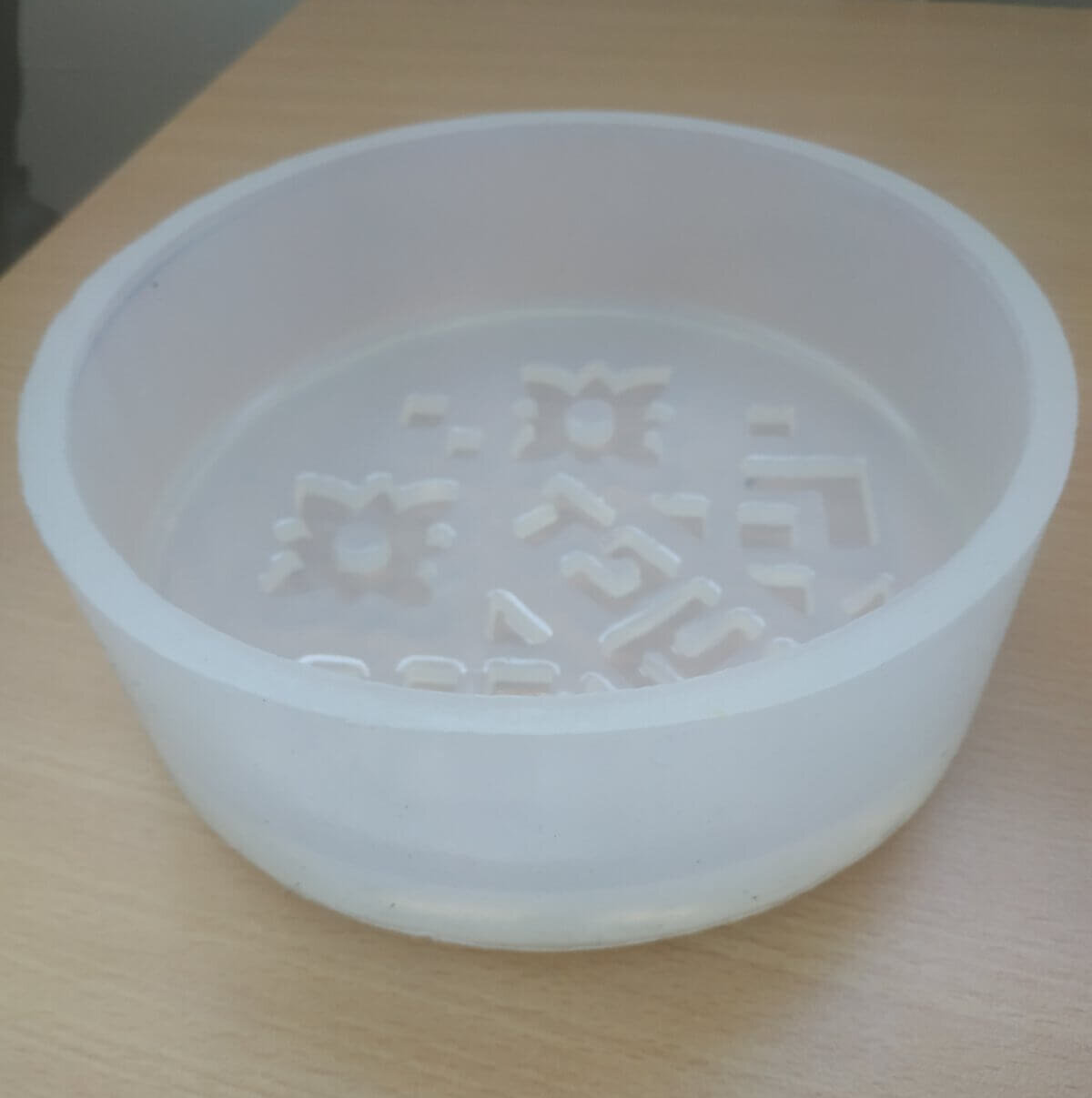 For casting products in small batches from 1 to 1000 pieces, is mainly used a casting in silicone molds. Among the advantages of silicone, we can withdraw its heat resistance (up to +400 °C), resistance to aggressive environments, non-toxicity, simplicity and safety in work. The downside is its low wear resistance, depending on the geometry of the part and the selected casting material, it is about 20-100 casting cycles (units of quality products). For casting polyurethane into silicone, epoxy resin - 20-40 cycles, wax - more, food products - even more, gypsum - up to 1000 cycles.

The production of silicone molds is divided into several stages:

The first stage is to get a master model. If what you need to cast is still under development, a 3D-printer is used to print the prototype. Already finished part also can serve as a model.

The second stage is a thorough processing of all surfaces of the finished model. Also at this stage, the design of the future form is determined, the line of its connector is outlined. If necessary, the form can be reinforced with metal embedded elements. The gating system is formed from several gates, depending on the casting method and the material used - from fully open forms to closed ones with one or two gates.

The third stage is the manufacture of a mold into which the prepared model is installed. First, the formwork is mounted, inside which the gating system is placed, after which the mold is filled with prepared silicone. Before pouring, the silicone must be degassed in a special vacuum chamber. After pouring, the mold is also placed in a special chamber for degassing the silicone during the solidification process. The duration of mold hardening depends on the size of the mold and the ambient temperature, but on average is up to 24 hours. After that, the finished form is removed from the formwork and can be used for further casting of wax, soap, plaster, plastic, epoxy resin, rubber products into it. 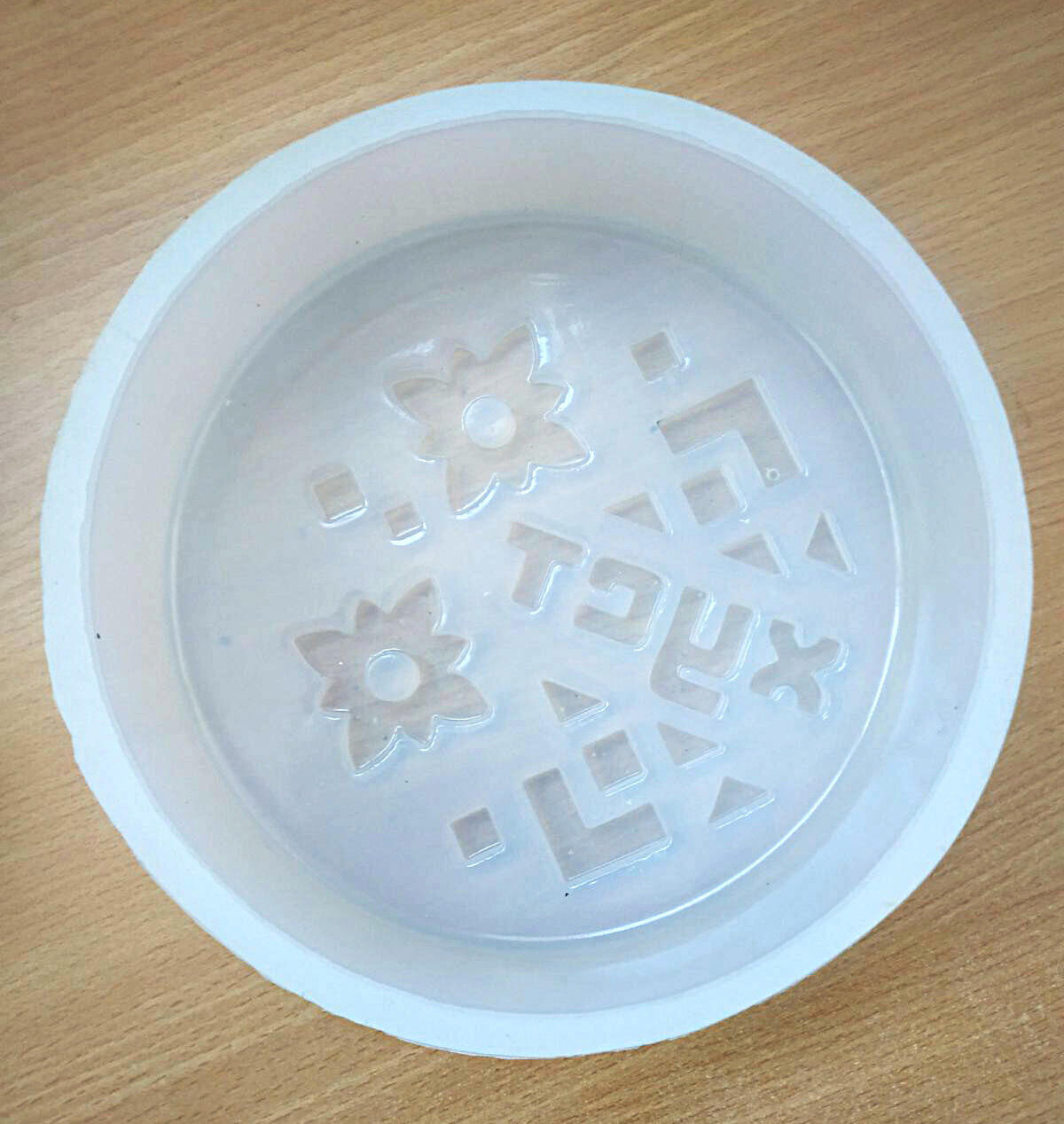 You come to us with a concept or a detail that needs to be multiplied, and we will bring your order to life. The creation of each form is a manual work, therefore, custom-made forms are more expensive than their counterparts made for the mass market. Nevertheless, it is worth it. The quality and accuracy of the product that you will receive is directly depends on the quality of the molds which you used. With us, you will get a high-quality product that can satisfy even the strictest requirements to the received part.

For the production of molds, the Marabu Company always uses exclusively high-quality Italian silicones, which have been excellently shown in work for several years. They perfectly repeat all the smallest bends and undercuts of parts, it is easy to take out the finished casting from such molds, the molds are easy to disassemble and assemble, because they are made for you taking into account all your requirements and wishes.

The path from prototyping to vacuum casting of plastics

What is the difference between prototype and master model?

How works 3D prototyping for casting of plastic?

The technology of vacuum plastic casting into silicone molds

Your request has been accepted!

Please check that you entered the correct information and try again

Please share your impressions about the cooperation with the Marabu company